Back to Restaurant Details 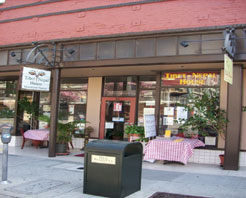 WELCOME TO TIBET NEPAL HOUSE "Cuisine of the Himalayas" Now We also Serve YAK MEAT The first and only Tibetan and Nepalese restaurant in southern California has been serving authentic Himalayan cuisine since 2001. Tibet Nepal House uses only fresh herbs and spices to offer sumptuous and healthy food to our guests. Some ingredients common to Himalayan cuisine are black cardamom, jimbu, garlic, ginger, cumin ajwain, timboor, turmeric, saffron, and sesame. For something special, start off with Momos (pasta shells filled with meat, vegetable and spices) this is only served on special occasions in Tibet/ Nepal or "Aloo Achar" for the spicily adventurous. The main menu has vegetarian and non-vegetarian dishes. The curry ranges from spicy creamy to non-creamy curries. Our tan door oven bakes fresh naans (bread); skewers goat, chicken and shrimps in Himalayan style. As for the dessert you can try our traditional Khir (Rice Pudding). For beverage, we offer you wide range of wines and beers. Check out our Himalayan beer; Sho-Jhaa (butter tea) Chia (Himalayan Mashala tea) and special yogurt drinks.
Asian
- $$$

$7.99
Mo-mo is one of the most popular dishes among Nepalese and Tibetans. Preparation includes wrapping stuffed meat and vegetable in flour dough, which is often a fun social activity. The dumplings are steamed, and served with house made achaar. "dipping sauce".

$4.99
Deep-fried cheese, battered with chickpeas flour and seasoned with spices.

$7.99
Potatoes and cauliflower cooked with tomatoes, onions, and himalayan spices, prepared to perfection.

$8.99
Cooked with himalayan creamy sauce with diced home made paner and green peas.

$9.99
Cooked with himalayan creamy sauce with diced home made panir.

$9.99
Prepared with pinute sauce and ginger garlic and onion.

$15.99
Shrimp cooked with pureed spinach and seasoned with Himalayan spices.

$14.99
Salmon cooked with ginger, garlic, cumin and home made sauce with potato.

$9.99
Prepared with boneless chicken with diced onion and green pepper and finished with fresh lime juice.

$12.99
Lamb cooked with ginger, garlic, cumin, vinegar and home made sauce with pieces of potato.

Phing is regarded as an auspicious dish as the long noodles represent long life. One of the main ingredients used in phing is emma "timboor", sichuan pepper and star anis phing are thin transparent noodles made from bean flour.

$9.99
Choice of chicken or lamb simmered with phing, onions, and himalayan spices.

$5.99
Appricot stuffed with naan and served with fruit chuthery.

$4.99
Home made cheese stuffed with naan.

Mt. Everest In a Blanket

$5.99
Mix with home made syrop with egg with fat less cream and finished with coconut and chocolate sauce.

$3.99
Himalayan herb and tea simmered and cooked with milk.

Thali refers to lentil and rice, vegetable curry and meat. Thali is a very typical and traditional nepali food. The most of Nepalise eat twice a day. Vegetable and pickle are subsidiary food mostly used in meal. This is a very good combo and popular for the people.

In tibet, tsampa is a traditional food. It is roasted wheat or barley flour consumed as a paste, moistened in butter tea. a typical family eats chaampa for breakfast, rice and lentils for lunch, and bread with vegetables and a small amount of dried yak jar key (steak) for dinner. Living on the high mountain plateau, tibetans use fewer seasonings than the nepalese, yet food is just as tasty. Try it for yourself.

$8.99
Choice of chicken or lamb cooked with pasta and himalayan spices.

$9.90
Simmered chicken or lamb and Himalayan spices. This dish is often served on trekking routes.

Tibet nepal house known for its authenticity is please to be offering exotic gourmet yak meat dishes. Local people from tibet and nepal get their meat, milk, butter and cheese from yak as well as using yaks for transportation making yak a very intricate part of their everyday life. There is a lot of love about yak meat. Although it is low in fat it is mild, succulent, and tender rather than gamy in flavor. Yaks are free-range living in himalayan countries where they inhibit stepped of 1500 ft. Recently yak has begun to attract health conscious people and those who have tried the meat cannot get enough of it.

Back to Top
Sorry, this account doesn't have any unused credit available.
Search for a restaurant deal
Oops! This code is invalid.